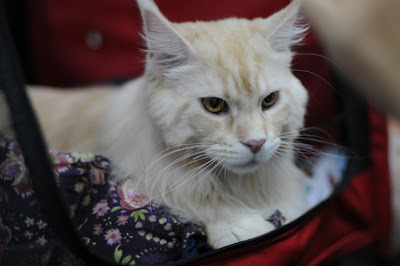 This times ECC show was the 2009-2010 year end show and also was the final show for SGC CHATILE Edward of POPOKILANI.

He started his show carrier last November.
He attended the "Kitten Class" and did very well.

But even the result was good, we decided him not to attend any more till he can attend the "Championship Class".

We did not want him to become another Alphonse who won the title of RW but lost interest in attending the Champion Class and finally ended as QGC.

With 3 months interval, Edward's show life again started from mid of Feb. 2010.
There were only 2.5 months left till the year end.
We were aiming for personal title, such as SGC.

His Championship debut show result was more than what we expected.
He became one show Grand, and it leaded us to let him attend the rest of the shows.
Most of the show results were really above our expectation.
He smoothly reached the SGC and the next step for us was to think about the possibility of being ranked in to Best 20th Long Hair Cat in Asia Region.

With help of senior breeders, friends, club members and many others, we luckily reached the goal we have settled.
A goal to attend every show/ring with the best condition.

Edward was tough enough to rand 2.5 months.
Every weekend he had to be groomed for nearly 3 hours.
But thanks to his personality, he was always cheerful and innocent.

It was really a hectic period, but also left lots of memories that we can never forget. 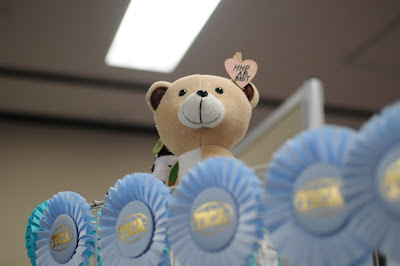 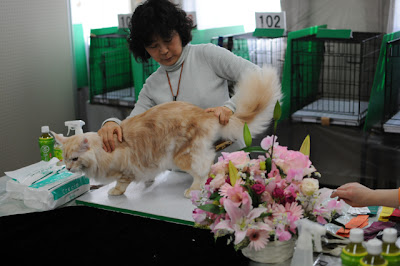 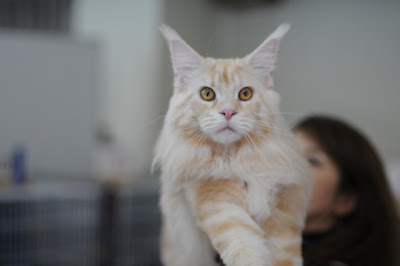