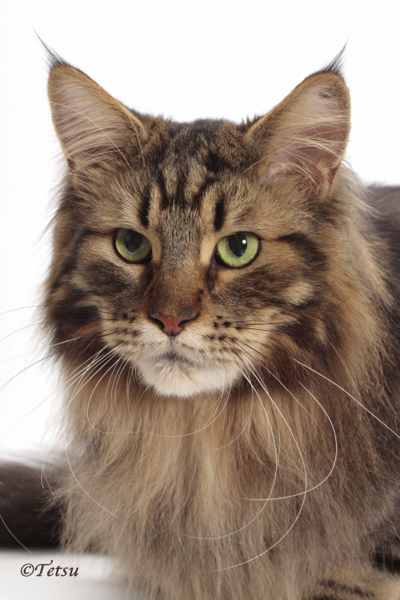 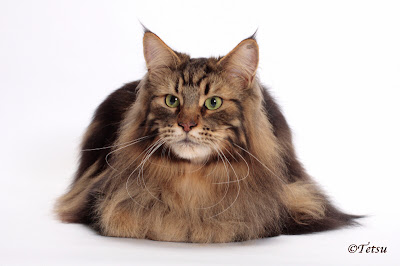 Sire:Leon and Dam: Emilly, the 2nd litter of this couple.
As Emilly was nervous being a mother, he and his litter mates were moved to different places quite often from the few days of their birth. 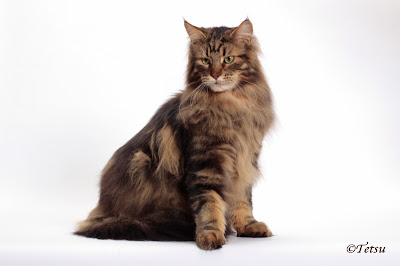 When he just to became 2 months old, he caught a cold.
It was just a few days before his 1st injection.
For that he lost the sense of smell and started to lost his weight while the others were growing bigger.
But because of the really good veterinary surgeon, he survived and became the most cheerful MC. 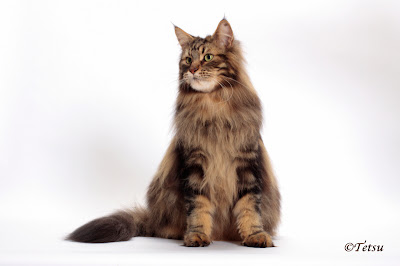 As he and us had to visit the veterinarian together so often in his younger days, he may be the one who is really close to human.
Sometimes I feel him as a young human boy, not a cat.
And that for he sometimes shows a different character from others. 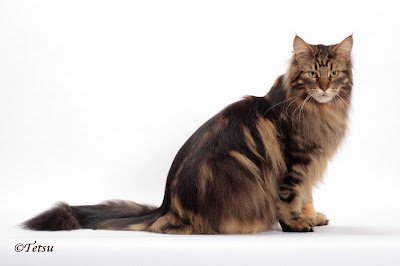 Whenever he is hungry he slightly bites my knees and ask for his meal.
(He loves the Wet and Dry mixed meal)
He likes being vacuumed with Dyson cleaner. Is OK with the sound of the hair dryer.
Seems to be having no butterfly in his stomach (It seems to be strange and ridiculous for others).

His favorite is to play with the plastic ball, "Run and Bring back)
We call him "Maine Coon Retriever.

He is our mother's boy in good meaning and his best buddy who really understands him well is his litter sister Gloria.
She sometimes also takes role of his mother for him. 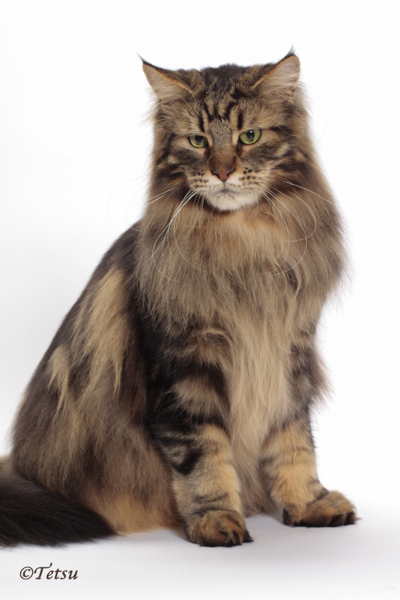 Specialty:
Every morning, as for everybody he asks to fill in the bowls by his silent voice (We call it "Air Talk")

About origin of the name
Old movie "Cool Hand Luke", staring Paul Newman.
Other origin is from St. Luke.