Many thanks and Congrats to all! 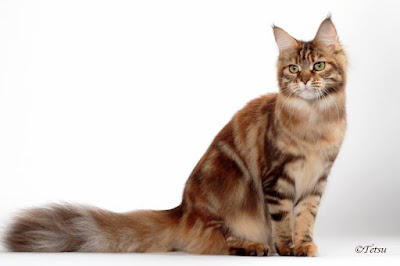 We are so happy to announce that our Rosemary has become 23rd Best Cat in Asia Region.
The year 2016/2017 was really a tough year for us and this sweet girl.
There were always very nice competitors at the show and for a MC girl to be finalized.

Rosemary is the very last offspring of our Judith.
Judith hated the show and attended the Champion class only once. But her daughter was different from her mother.  Rosemary loved the show and was enjoying it quite a lot.  I think this performer spirit comes from he father and grand mother. 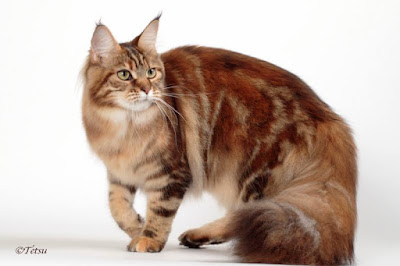 Rosemary's father is our Popokilani Albert and grand mother is Popokilani Cindy. Both liked the show and especially Cindy was really an actress on the Judging table.

Any way, we had a great year.

We had Maria from Cattery Canon and she earned the SGC title.
We placed our red boy Dreamer to MC Garden in Taiwan and he became RW again.  Another red boy, Major Tom to Cattery Hareruyah in Japan and he became RW SGC also.
Our Popokilani Herbert did the stud service with Shonancats Ruby Star of Yamazakura in Japan and their daughter became RW in Kitten class. (Now she is QGC)

Another exciting news was the the blue boy, the litter mate of Rosemary, became CFA GC.  Many thanks to Cattery Cavalino.  Indigo Blue is now CFA GC and also RW in Kitten Class.

Addition to above, Rosemary's mom achieved the title of OD. Judith had no title but her offspring had gave her a crown and this didn't had happened if the owners did not show her offsprings.

We had lots of fun and memories to share and to thank. 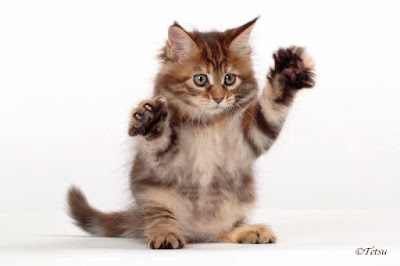 We really would like to say congratulations to all the winners and also to the attendants, kittens, cats and their owners.

Thank you again and see you some where again!